Development and adaptation to climate change 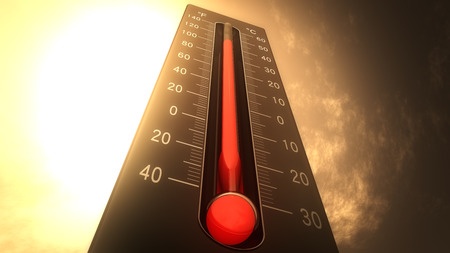 The challenges of climate resilience projects funded by international funds

According to the World Meteorological Organization (WMO) on its recent Global Climate report in 2018, The impacts of climate change (physical signals such as global warming trends, changes in precipitation patterns, sea level rise, extreme events and socio-economic impacts derived) are accelerating in a disturbing way. The global increase of temperature of the Planet is being fueled by an increase in the concentrations of the so-called greenhouse gases (GHG). Global concentrations of CO2 (carbon dioxide) in the atmosphere in the 90’s, were at about 350 ppm and have not stopped increasing year by year, reaching values of 415 ppm in May 2019. Despite the remarkable growth of renewable energies around the world, these worrying trends do not seem feasible to change as quickly as it’s needed to avoid some impacts on our economies.

The possible measures that we as a society can take to combat climate change can be divided into two major groups: mitigation measures, which involve actions to reduce CO2 emissions (and other gases that cause the problem) and adaptation measures, which involve actions to react to changes in order to make the impacts on human activities as minimal as possible.

In this context of accelerating impacts of climate change, adaptation measures become more essential and are therefore becoming increasingly relevant to the international agenda. In this post we will focus precisely on the aspects related to adaptation to climate change and especially in public investment projects focused on climate resilience that are financed by international funds.

In response to this enormous international challenge, in recent years the Climate Finance landscape has experienced great growth. Large funds have been created such as the Green Climate Fund (GCF), the Global Environment facility (GEF) and the Adaptation Fund (AF), which channel the contribution of the most developed countries in an effort lead by United Nation through the United Nations Framework Convention on Climate Change (UNFCCC). It is estimated that before 2020, 100 billion OF USD should be mobilized for projects related to mitigation and adaptation to climate change, as well as for the protection of forests and soils (REDD +).

All these institutions have gradually incorporated environmental experts capable of structuring projects and providing support to the recipient countries of these funds, which are normally less developed and more vulnerable countries to the impacts of climate change. The role of these development institutions is very important because in addition to financing projects in the form of donations (case of bilateral cooperation) or through loans in financial conditions more advantageous than those offered by the Commercial banking, they do so in a transparent way, providing public procurement processes that provide greater international guarantee and promote competitiveness.

From our experience following and executing projects related to climate change adaptation, we want to highlight some important challenges that we have detected so that these projects are effective and have the desired result:

From Meteosim we are fully committed to the development of this kind of projects providing both our role as specialists in climate and meteorology, together with our capacity building and project management skills. In the last five years we have developed projects related to this field in Central America (Costa Rica, Nicaragua), South America (Colombia, Peru) and Africa (Mozambique and coastal countries of West Africa). We have achieved this at times as a prime contractor and often in collaboration with complementary companies more specialized activity in environmental engineering or in the methodologies of climate risk analysis.

On the other hand, from Meteosim we are helping to modernize climate services in other countries very vulnerable to meteorological phenomena, as is the case with Bangladesh in South Asia, where, for example, the recent Tropical Cyclone Fani has had much lower incidence than expected for the efficient response of national meteorological agencies from India and Bangladesh itself, thanks to the availability of modern and properly configured meteorological forecasting systems.