Impact of covid-19 on air quality in catalonia 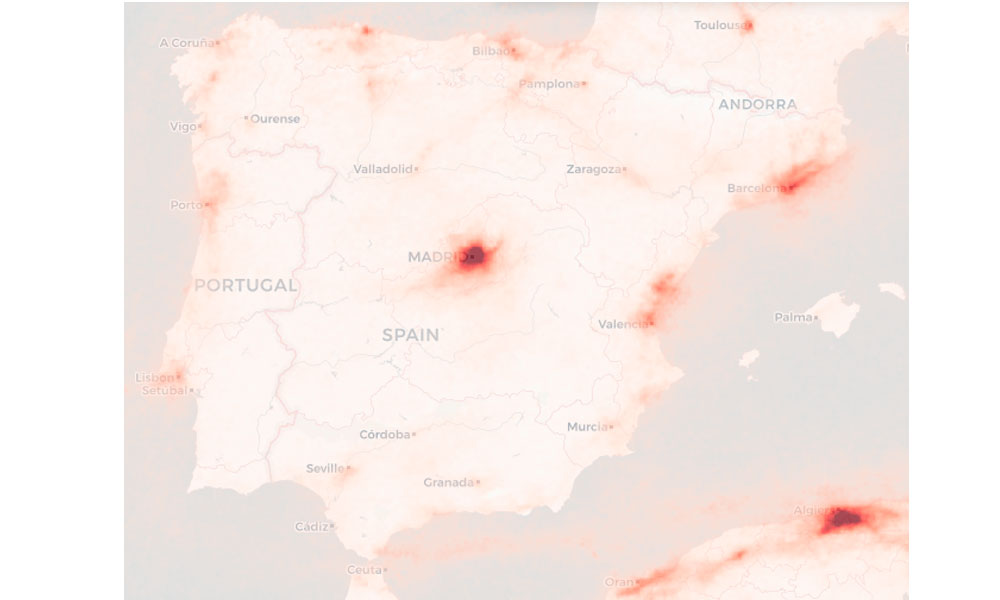 Has air quality improved during the lockdown?

During the lockdown1 and subsequent de-escalation phases established by the Government of Spain, mobility and economic activity were notably reduced, consequently impacting the levels of emissions into the atmosphere due to anthropogenic causes. For instance, the activities of the port of Barcelona registered up to 55% reduction and the airport and mobility in public transport reduced their activity almost entirely during the lockdown.

The Generalitat de Catalunya has recently published a report2 assessing the impact that the coronavirus has had on air quality in Catalonia. The study compares the concentration values of NO2 and PM10 during the period from February to August 2020 with the average values for the period 2015-2019 of all the stations of the atmospheric pollution monitoring and forecasting network (XVPCA). Among the results, the following is concluded:

Other similar studies3,4 also show the same patterns of decrease in the concentrations of that period in other areas of Spain. The following figure shows the reductions of NO2 and PM10 during lockdown, both during total lockdown (dark green) and in their de-escalation phases (light green) with respect to the normality period (red). Significant reductions are observed in large cities such as Madrid, Barcelona, Seville and Valencia for NO2.

Figura 2. Differences between levels of NO2 (left) and PM10 (right). The differences are significant in the intervals that do not overlap.

When interpreting the results from the Generalitat, it is important to consider that these reductions are not only caused by the changes in emissions produced by the social transformation experienced by the pandemic and the drastic limitation of mobility and activities, but there are other factors that have had an impact on the variation of immissions in the 2020 period with respect to the reference period [2015-2019]. During the last 4 years prior to the coronavirus, there was already a downward trend in the concentrations of both NO2 and PM10 pollutants, the latter being a bit more difficult to assess, as it is a pollutant susceptible to natural source emissions such as the intrusions of dust from Africa. During the analysed period of 2020, have been registered a similar number of intrusions than in the average period of 2015-2019. Likewise, the meteorology of the 2020 period, crucial for air pollution, has been favourable for the dispersion of pollutants, which has contributed to a better air quality.

This analysis is important because it allows us to see part of the impact that regulations such as the Low Emission Zones (LEZ) may have in cities like Barcelona. More information about the LEZ can be found at: https://www.meteosim.com/es/zonas-bajas-emisiones

[1] Period between March 15 and May 10. It also includes phase 0.
[2] http://mediambient.gencat.cat/es/detalls/Noticies/20201104-informe-impacte-covid-sobre-qualitat-aire

Should the business world think more about climate change?