Should the business world think more about climate change? 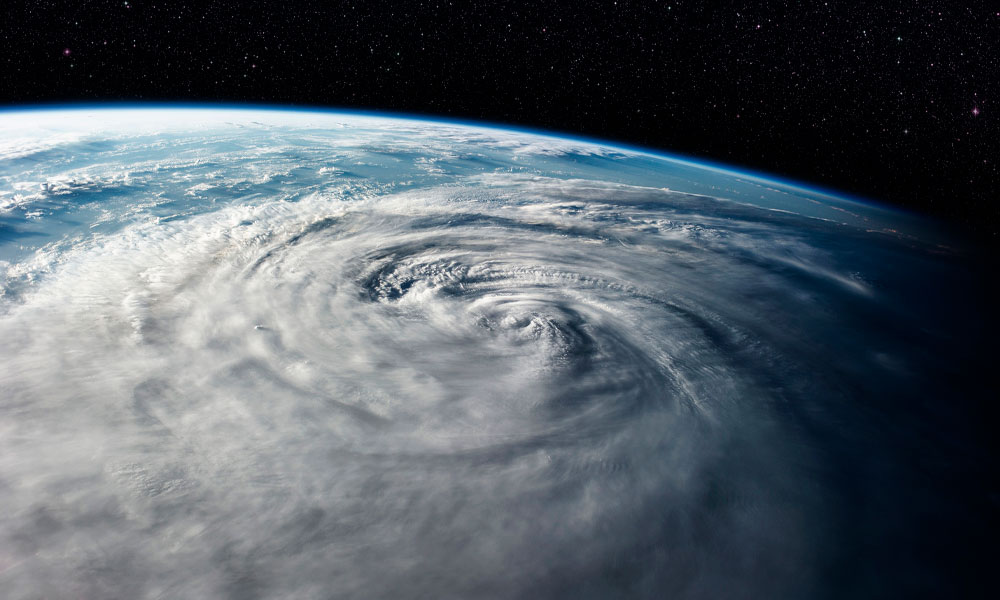 It has been more than 30 years since the first climate models began to show that our planet’s climate could be seriously threatened by human activities and as an international reaction the Intergovernmental Panel on Climate Change (IPCC) was established. Year after year and decade after decade, more scientific knowledge and evidence has been generated on “anthropogenic climate change and its risks, as well as on the mechanisms to reduce emissions.”

Today, thanks to many efforts and different reports published by the United Nations, we know that climate change is the greatest threat that humanity has ever faced, far exceeding the pandemic we have been experiencing since 2020.

To elaborate further, Climate change mitigation is the set of actions aimed at reducing CO2 and other greenhouse gases emissions (GHG) in order to minimise the potential effects of global warming. This component of climate change is the one that has made the most progress.

Companies in sectors such as the Energy, Transport, Tourism and even Food sectors have begun to assume that their Carbon Fingerprints must decrease radically during the coming decades. For example, many Oil companies, including countries whose annual budgets depend on revenues generated by state-owned oil companies, are now trying to diversify at a rapid pace.

Adaptation to climate change is the response of social systems and also ecosystems, to the impacts of climate change, seeking to reduce vulnerability to the effects of climate change. Adaptation is therefore a local phenomenon, because climate impacts are not expressed homogeneously in all parts of the planet, nor are they expressed with the same speed in all regions. As we explained in this post, in order to understand climate impacts it is necessary to use regional climate models, which are more detailed than those used to understand the global situation of the planet.

International organisations were the first to understand the importance of adaptation, as well as many national and sub-national governments who began to define adaptation strategies and plans. Likewise, multilateral banks and numerous development institutions have been promoting projects related to adaptation projects for years, as we explained months ago in this other post.

Recently, even the largest cities have started to take action and an example of this is the C40 and the Covenant of Mayors, which are movements driven by local authorities that assume a voluntary commitment to improve energy efficiency, use renewable energy sources, and define adaptation plans in their territories.

However, there are still very few business sectors that have initiated action plans or initiatives on adaptation. One of the reasons for this reality is that business managers tend to think in much shorter time horizons, up to three or five years. In very few cases companies have real concern about what may happen in the coming decades. Another possible reason is that this is a very complex subject, where it is necessary to work with unfamiliar tools such as climate change projections, and business managers either do not know what kind of specialist to turn to, or they use their trusted consultants who are not always trained in these very specific topics.

At Meteosim, from our position as climate modelling experts, we have developed numerous international projects related to climate change. For example, we have developed climate change projections for the hydropower sector or in the road sector and for cities. In addition, we have been responding to requests from companies in some business sectors that we can call the “pioneers” of the adaptation aspects. Therefore, we can say that we are beginning to see the first green shoots in the business world with regards to adaptation.

The insurance sector was perhaps one of the first movers, because they have detected that the meteorology is changing with more extreme events and the increase of damages caused to their insured assets is increasing year after year, negatively affecting their turnover. In this recent post also we talked a little about all this reality.

Within the Agri-food sector, the wine sub-sector is another of those that has first detected the importance of adapting its practices to maintain the quality of wines. The European project VISCA, coordinated by Meteosim, which was finished at the end of 2020, is a clear and very relevant example of this trend, and we have published several articles about it over the last few years.

Another pioneering sector in this respect is the Financial sector. For several years, this sector has been moving forward driven by the guidelines and recommendations of the National Banks such as the Bank of England, which designed the Task Force on Climate-related Disclosures (TCFD) so that the entire sector now begins to understand the risks of climate change on the assets under management.

In addition, the Real Estate sector in some well-developed countries, such as the US and Northern Europe, is experiencing a huge movement towards climate risk analysis, especially in coastal areas that are most at risk of being affected by floods or the rising sea levels due to the increasing effect of storm surges.

We believe that in the coming years many other business sectors will take their first steps related to climate change adaptation, and to do so it will be imperative that they first understand the impacts of climate on their supply chains and get advice from climate models experts.

Finally, our last recommendation for managers who want to know more about this topic is to read some of the recent relevant publications in this field. We highlight the reading of two recent books published in one case by Michel E. Mann, an internationally renowned climatologist, and by Bill Gates, the famous founder of Microsoft, who is also a recognised philanthropist and visionary. Both are very interesting books with complementary perspectives, one more scientific and the other more technological.

Impact of covid-19 on air quality in catalonia