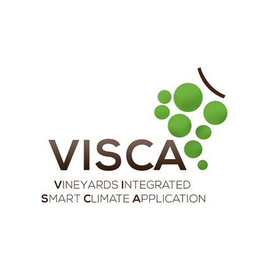 On 5th – 6th April 2018, a technical meeting of VISCA project took place at BSC premises in Barcelona. The main objective of this meeting was focused on how to operate the platform that will be used in the 3 demo sites in Italy, Portugal and Spain

VISCA ‘Vineyards´ Integrated Smart Climate Application’ is an R&I project co-funded under the Horizon 2020 program with a total budget of 3.20 M. The project started officially in May 2017 for a period of 3 years. VISCA consortium is led by Meteosim and it is composed of 11 members from different fields including end-users (Codorniu, Mastroberardino and Symington). 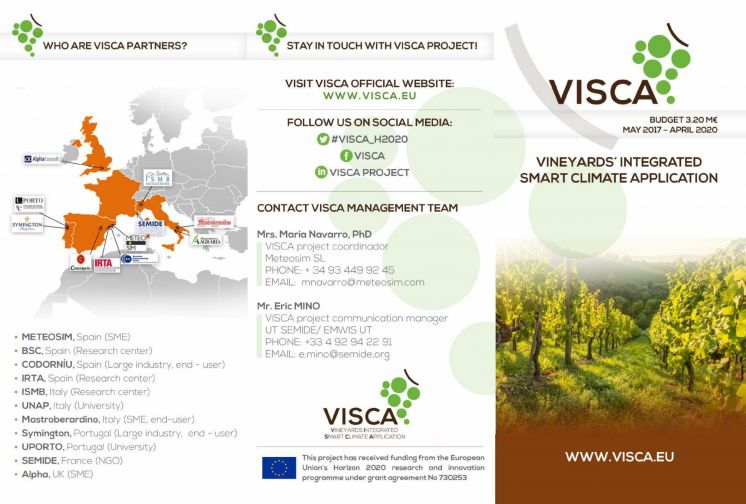 Between 5th and 6th April 2018, a technical meeting of VISCA project took place at BSC premises in Barcelona. All partners were present at the meeting, whose main objectives were:

Promising results obtained from the different models (phenological, meteorological and climatic) used in the project were discussed among the consortium, for their optimum use at the demo sites in Italy, Portugal and Spain. 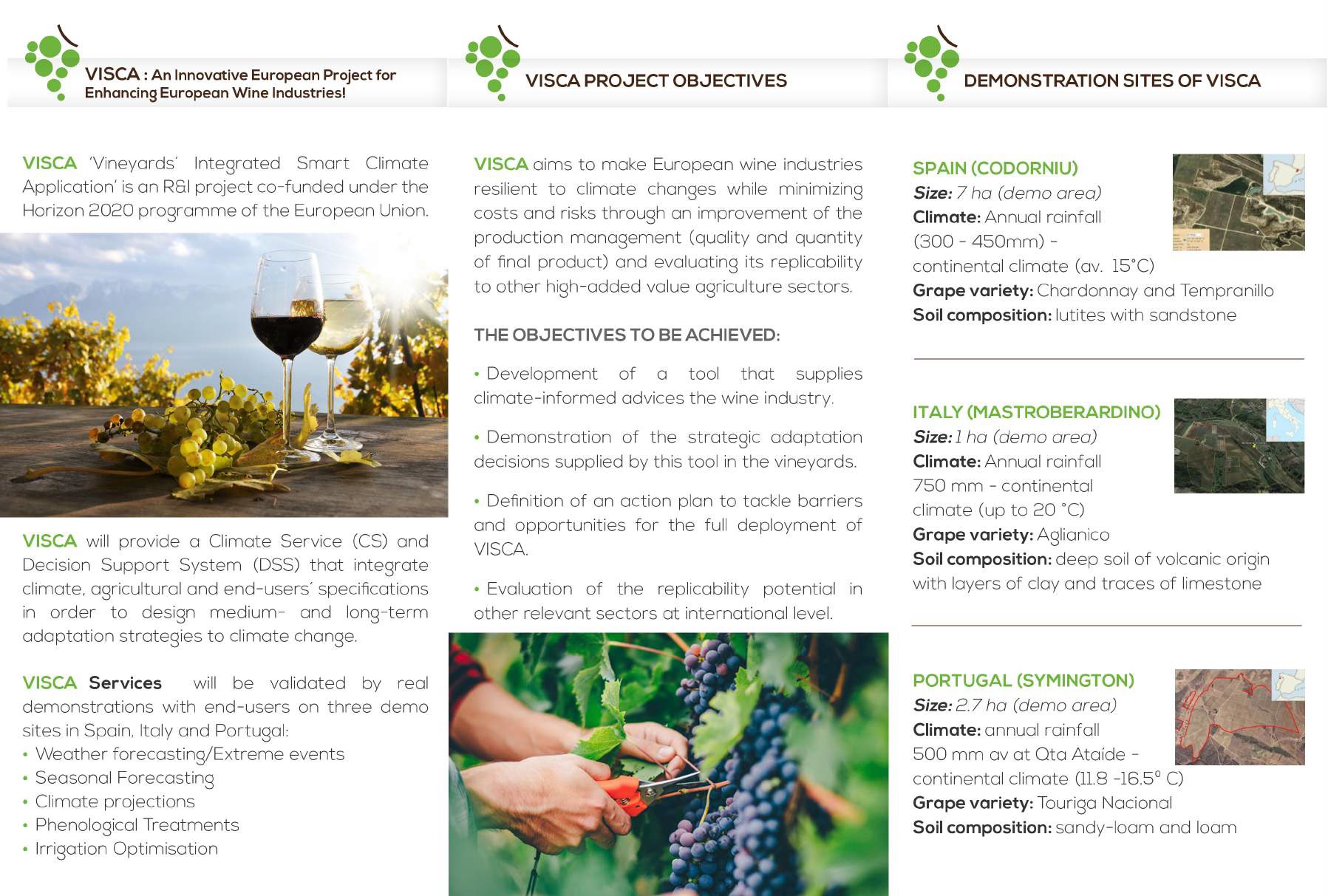 Besides all this, mock-ups or prototypes designed for the Decision Support System (DSS), which have been designed following end users’ requirements and preferences, were likewise presented for optimisation and final approval.

VISCA Project will provide a Climate Service (CS) and Decision Support System (DSS) that integrate climate, agricultural and end-user’s specifications, in order to design medium- and long-term adaptation strategies to climate change. The project is validated by real demonstrations with end-users on three demo sites in Italy, Portugal and Spain.

Meteosim is developing and supplying the weather forecast services for extreme events, which consists in delivering the best prediction of high impact weather variables (precipitation, temperature, relative humidity, etc.), at forecast time scales from hours up to five days (120 h). This information could be useful to wine producers to minimise risks related to coming extreme events (for instance, if heat waves is forecasted in three days, wine producers could act in advance irrigating the field two days before the event).

Meteosim will be likewise involved in the second part of the tool that consists in delivering the best climate information at multi-decadal time scale. Such information will be needed by the end-users for strategic planning and adaptation decisions, for example giving hints on the potential geographical shift of viticultural regions.

The first European app to empower citizens against floods, fires and extreme weather