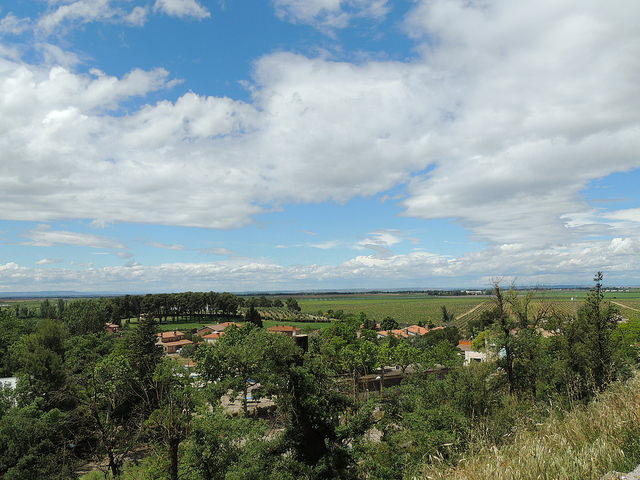 The kick-off meeting of  VISCA took place on May 10th-11th in Sant Sadurní d’Anoia, Spain.

Climate change is threatening different varieties of agriculture species; the wine-grapes are especially sensitive to subtle differences in micro-climate impacts causing changes in the crops (i.e. decrease of the grape quality and quantity, changes in alcohol, acid, sugar, etc.) which directly affects the European wine industry. VISCA (“Vineyards´ Integrated Smart Climate Application”) is a new R&I project co-funded under the Horizon 2020 programme for a period of 3 years. The project has started in May 2017 and it is composed of  members from different fields including end-users (Codorniu, Mastroberardino and Symington). VISCA will provide a Climate Service (CS) and Decision Support System (DSS) that integrates climate, agricultural and end-users´ specifications in order to design medium- and long-term adaptation strategies to climate change. The project will be validated by real demonstrations with end-users, who are included in the consortium, on three demo sites in Spain, Italy and Portugal.

The kick-off meeting of  VISCA took place on May 10th-11th 2017 in Sant Sadurní d’Anoia, Spain.  During the meeting, partners presented the roadmap of the work packages and project activities throughout the duration of the project (36 months). They also discussed with the end-users their requirements and expectations of the VISCA ClimateApp tool. Furthermore, the technical issues related to the concept were reviewed to meet these requirements. Finally, partners had the chance to visit the Codorníu facilities who hosted the meeting.

Forecasting Wildfires in a Changing Climate